Where to buy Black Orchid Parfum 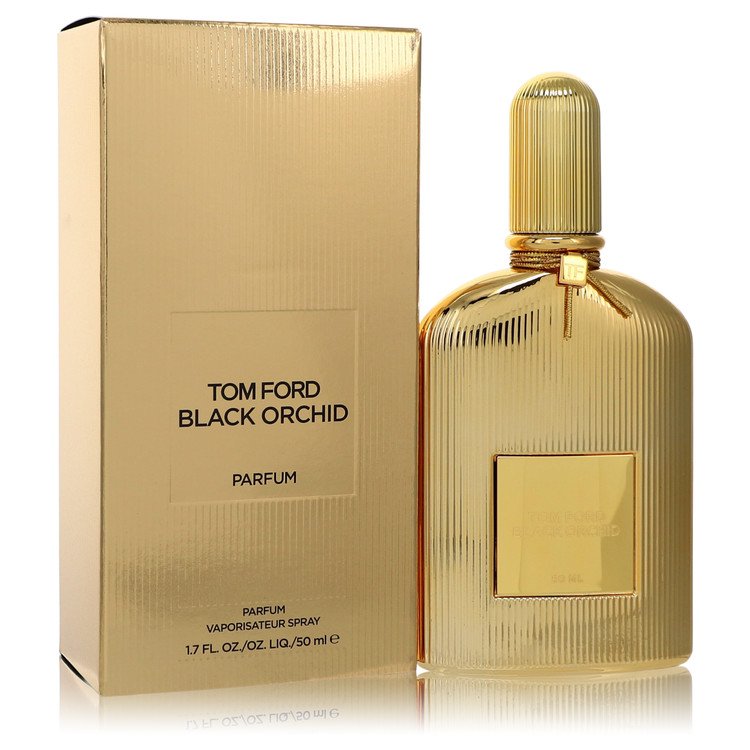 There are 4 reviews of Black Orchid Parfum by Tom Ford.

teardrop
Show all reviews by teardrop
This is one l had to try as a devotee of the original. l'd say it's more harshly woody in the opening, with more fruit & less of the creamy, coconutty floral notes, but as it dries down any differences are much more subtle. lt radiates less, but in the end l think it's so similar to the original that owning both would be redundant.

zerofox
Show all reviews by zerofox
Rum + plum = umeshu (梅酒) or plum wine. Black Orchid parfum takes the EDP to an izakaya for some drinks and okazu. Am I using a little too much Nihongo here? Sorry, Basenotes. Blame Big Daddy Tom Ford for going plum crazy. Im assuming, and perhaps even rushing to judge, Plum Japonais bears more than casual resemblance to this parfum edition of Black Orchid. The truffle still shines through over the sweet base but what the umeshu contributes is increased masculinity in the opening compared to the EDP. By drydown youll be in the same zipcode as EDP.
#241254

aquila_2009
Show all reviews by aquila_2009
He slept soundly,but only until midnight,because he had a dream.He dreamed that he was entering a large house that belonged to him.Around the house is a large garden of black and dark orchid.In front of the house,there was a forest.He could see the black coat in the distance.in his hand,he could see a glass containing dark liquid.a severe storm arose,and a woman emerged from the storm.The woman took the glass and brought it close to her lips amidst the pungent smell of patchouli,and as she approached the poisoned glass in the theater,voices of admiration orchid.at this point,a voice came to he:Did you think that the case would end in a joke? No,there is a heartbreaking incident ahead!

He awoke trembling and panting. And it seemed that truth and illusion were together.he had a dream that is now being imagined in front of her.standing near her!he shouted:are you a woman in black?The woman,however,sits on a chair with her back to him without answering.he kneels before her and begs:Why don't you look at me! Look at me,God!The beautiful and mysterious woman turned her head to he and stared at him.Her conspiracy had failed.then a sweet smile was engraved on her lips.you got me.you took me from it.take me and take me wherever you want.
Then he got up with a strange speed and put his hand on the woman's neck and kissed her lips.he felt the woman's lips burn like a flower,the fire of her lips,and just as he felt the wetness of her tongue and the wetness of her seductive teeth, she cried out with joy from the bottom of her heart!

Varanis Ridari
Show all reviews by Varanis Ridari
The original Black Orchid (2006) was a big statement on the mindset of Tom Ford as a creative director for perfumes, only barely touched upon with his work for LVMH in the form of fragrances released for Yves Saint Laurent and Gucci before both were sold off to L'Oréal after his departure. Black Orchid was bold, marketed to women, but embraced by all genders in a similar manner to classic Guerlains, and proof of concept that LVMH made a mistake by letting him go so easy. Maybe he was going to leave regardles, who's to say? But I know the commercial creative nadir being experienced by way of incessanant algorithmic releases at the houses he left behind shows what happens when "innovation under Capitalism" takes precedence over having an actual soul, even if such a soul is deliciously tainted as Tom Ford's likely is. Black Orchid Parfum (2020) is also a big statement, touted as the most intense version of Black Orchid ever created, but with no perfumer taking credit for it (not even the original's David Apel) as if no one wants to risk backlash if it bombs in the eyes of die-hard fans. Well, I'm here to say Black Orchid Parfum isn't actually more intense, at least not in performance, because nobody really beats the near-noxious projection and sillage of the original (especially in vintage), although in a sensual sense it does just about outdo the OG. How? Easy, let me explain: Black Orchid Parfum tosses out what residual woody amber dryness the original had in its late-stage wear, and doubles down on musks, adds sweetness and booziness, blurs the gender lines even further, but stays close to skin, foring you to move closer to get a whiff.

The opening of Black Orchid Parfum is gorgeous, even more absolutely resplendant than the original, with a lot of the controversial floral elements manly-men like to bash on dialed back in favor of an enhanced truffle note like Tom Ford Noir de Noir (2007) from the Private Blend line, mixed with the sweetness of a boozy plum. Anyone who has smelled the original Michael for Men by Michael Kors (2001), a scent made under Ford's watch by LVMH for Kors before the latter spun off into having Interparfums handle their fragrances, knows this boozy plum. Yeah, it's not real booze or real plum, and registers more ambery than anything, but it mixes with synthetic ylang-ylang (because IFRA) and the entire composition of the original Black Orchid in a trick reminiscent of Guerlain's "Guerlinade", eventually moving into a base that feels more oriental than the eau de parfum. Patchouli, some tonka sweetness, amber, vanilla, and some nondescript creamy woodiness mix with what remains of the original Black Orchid's somewhat neon dry down, absent a lot of the trailing aldehydes that give the classic version it's big-hipped vavoom. Is this more masculine? Yes. Is it masculine enough to make the grade for guys that still call everything "cologne" and need "for men" on the bottle somewhere to feel secure in themselves? No. Wear time will be very long legged as this is a parfum, but after the first 35 minutes, this scent implodes on skin. Use romantically, or even layer with the OG if you want more top notes, but make no mistake, this is no easier of a wear and not to be taken to the office or in crowded places unless you're comfortable with conjuring the ghost of Zsa Zsa Gábor wherever you go.

The other good news is this only ranks $15 to $20 more per 100ml than the original Black Orchid at retail, meaning it isn't any more overpriced really than most of the newer Signature line fragrances, and after it filters down into discounters, will be found there for the price of nearly any other designer at retail rather than at sub-niche prices like TF seems to expect at counters. If you're a huge fan of Black Orchid, trying this is a no-brainer, and goes to the opposite end of the Black Orchid spectrum from Velvet Orchid (2014), which was a more floral experience comparatively. I don't think Black Orchid Parfum will really convince people on the fence about the line, and the super-close but dense wear will be annoying for people who want to smell their fragrance without sniffing their wrist or over-applying (especially at the price), but as a parfum seeking to be what it claims, Black Orchid Parfum mostly succeeds. The experience is more intense, even if that is translated aesthetically and not literally, and the source material is highly respected, although there isn't anything particularly natural about the way it smells. Nothing will ever recapture the intial zeitgeist Black Orchid unleashed upon the world, and I'm glad to see Black Orchid Parfum doesn't try to, and had it been released at the same time as the eau de parfum, would still feel like it fits its own nomenclature. If the Black Orchid eau de parfum is destined for the red carpet, this parfum iteration is a smoother, muskier, more-passionate but soft-spoken vibe meant for the after-party. This one is fairly easy to sample, so there's no reason anyone should have to take my word for it, just temper your expectations a tad. Thumbs up.

No members currently have Black Orchid Parfum on their wishlist.

Members who own Black Orchid Parfum

Search for Black Orchid Parfum by Tom Ford on the Basenotes forums.
Top