About Baiser Volé by Cartier

Where to buy Baiser Volé 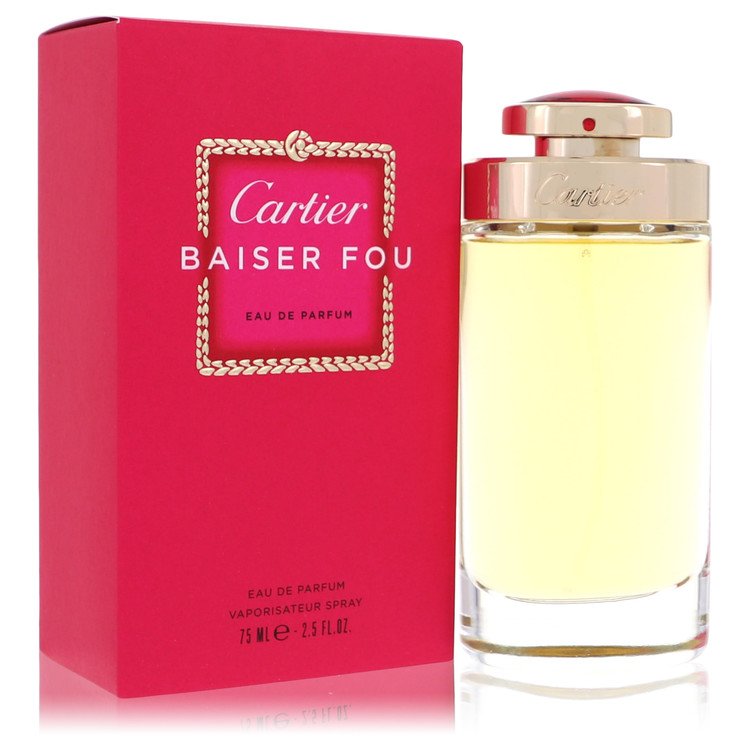 Reviews of Baiser Volé by Cartier

There are 32 reviews of Baiser Volé by Cartier.

PStoller
Show all reviews by PStoller
Baiser Volé promises to be a pure floral, whatever that means in today's designer parlance. Most unfortunately, the flower it promises is lily–and not muguet.

To be fair, this did a pretty good job of establishing a realistic floral vibe, at least until the drydown morphed into a mild woody aromachemical thing. Had it been a flower I liked, I'd no doubt have joined the choir of fans. Alas, as a hater of lilies, I found this more like Baiser Vile. But that's a matter of taste, not poor execution. If lilies work for you, likely so will this.

Devon
Show all reviews by Devon
Someone check her pulse, or is she always this pale? Darling bottle, though, and I suspect if you're the audience for it, it's a certain strike. Does what it does well, and with artistry and character rather than mere competence. Maybe not for me, but sure to be just the thing for others.
#241085

Wingie
Show all reviews by Wingie
A very fresh, pretty lily opening: quite green like a florist's shop, a little salty/hammy. However powder soon joins and the lily becomes much more subtle; for me it doesn't carry through enough. The drydown is a soft powdery floral that lacks interest and further on it smells more like laundry musk. Longevity is short - a couple hours at most (maybe it's been reformulated?). I like the opening, but that's it unfortunately.
#239571

khanada
Show all reviews by khanada
One quality that seems undervalued these days, in modern perfumery, is sheer prettiness. Even the most mainstream houses' pillar perfumes are (largely) selling depth, darkness, mystery, profundity, and, of course, sex, even when the perfume inside actually smells like a cupcake or vanilla ice cream. Who wants pretty when they can have sexy?

Well, I do. Sexiness--which is such an ineffable quality-- comes in all kinds of packages. I find individuality and confidence much sexier than copycat, smoky eye and lingerie, stereotypical male-gaze sanctioned "sexy," so sometimes tidy grooming and an aura of cleanliness has its own kind of sex appeal. That's what I find in Baiser Vole, which smells like an updated version of Anais Anais--a perfume that made virginal florals sexy.

Cartier's marketing materials tell you that Baiser Vole takes you on a journey through a lily flower, from the pistils through the greens the roots. I think they have the journey backwards, and they also don't mention of its most interesting qualities--its retro-cosmetic, dressing-table scents, of cold cream and powder, and their lovely alchemical marriage, with the sensual lily. It's like a modernesque update of Anais Anais, the , pervesely sexy virginal floral.

Baiser Vole opens green, green, green, and more green, with a verdant fresh-cut grass note, that is probably as much galbanum as IFRA will let mainstream perfumes contain. There's an icy-sharp, pointed edge to the green, that I think smells like muguet. Then comes a smooth, soft, but equally frosty musk that smells like old fashioned cosmetic creams, almost like Noxema, less its piercing aromatics. This opening settles in as your skin warms it, the greens and cold cream and muguet blending to a single chord unto itself. Then, something saline and nearly savory joins in, hinting at the next stage of the perfume, as the scent of warmer and spicier lilies makes its entrace.

The Big Lily note is loud and proud, composed of raucous stargazer, florid casablanca, and spicy tiger lilies. It starts off on the shy side, as an adjunct to the creamy cosmetic scent, and then the spicy edge of the lilies becomes stronger, until it finally seems to fully bloom. If this perfume is a journey, it takes you from the ground up, makes a detour stop at the dresser, and finally travels through stems to the sunny florals. Even at the heart stage, when the lilies are at their strongest, the creamy musk hangs on. I love every stage of this perfume, but I especially enjoy its peak, when the musk slips behind the lilies, leaving a trail of creamy lilies. It's a beautiful expression of spring green oerfumery, a joining together of warm and cold, artifice and nature, with no ambition to be anything other than absolutely charming. It's pretty without being in the least bit vapid.

There's a hint of something humid that eventually emerges, that feels right at home with the touch of exotic tiger lily spice. It's not edgy, nor is it challenging, and to some noses, it might be a bit girlish or juvenile, to some noses, but I like its youthful associations. Like Anais Anais, with its spicy carnation, Baiser Vole is deceptively warmhearted. It never crosses over into Ice Queen territory (I love the ice queens, but this isn't that).

The saline quality of the lilies, and the creaminess of the musk, come together to smell kind of like freshly showered skin. It helps the perfume feel like it belongs to the body, especially once the lilies begin to recede. The musk turns a little sharp at this phase, but I don't mind. This perfume isn't trying too hard to make you love it. It's a little like being sassed by a cute teenager, and this lady loves a witty retort.

The lilies eventually sink into the cold cream, and powdered notes begin to emerge, unveiling the final stage of the perfume. The drydown still has some fresh lily notes, but it's mostly back to the Noxemaesque musk, which turns more aggresively aromatic as the lilies fade. It reminds me very much of a musk that Keiko Mecheri likes to use in some of her less conventional florals, like Fleur d'Osmanthus, and I think she also uses it in her Patchoulissime. It has a little bitterness, which I find pleasing, like an off note in a melody that makes a final major chord sound like a resolution. That little bitter edge eventually loses its bite, but the perfume never has a even a hint of sweetness. However, powdery notes in the ending phase are comforting. They smell like luxury, and bedtime--a soft but emphatic ending, and pretty down to the last moments.

Baiser Vole remains crisp and fresh throughout its entire lifespan, which lasts for a solid eight hours and probably more (I usually layer on a second perfume sometime in the afternoon or early evening, so I rarely smell the tail end of anything I put on early in the day). It's a brisk daytime perfume, but I think lilies can be dressy enough for a warm evening. If you like green florals, it's a must-try. Even if you have some of the other great lily perfumes (Grand Amour, Donna Karan Gold, Un Lys, Lys Fume, and of course Anais Anais) in your collection, Baiser Vole stands out as a distinctive expression of the flower. Its modern profile, and its retro associations, have a cool glamour that stands out from the sweet, sticky, desperate offerings from most of the major perfume houses. Every aspect of it is pretty, but its construction and character are also intelligent, when most of the competition is vapid.

I also want to point out that the packaging is marvelous. It looks like an antique oval cigarette lighter, with a chrome Art Deco top, and hefty glass, like the lighters that vintage movie actresses--Jean Harlow, Barbara Stanwick, or Lauren Bacall--use both hands to pick up and strike. the perfume itself is tinted a pale but warm-hued pink that matches the perfume's springtime palette. I appreciate this degree of detail, because these days, it seems like all the great perfume houses are changing their presentation to boring uniform shapes. Presentation doesn't affect the character of the perfume inside, but it does enhance the experience of wearing it, and I love sculptural bottles. I'll keep this one long after the perfume is gone--if I ever actually finish it. Cartier offers an usually wide range of sizes for a modern perfume house, and I appreciate their not forcing me to buy 200 mls, or more, of perfume that I can't possibly finish, given the size of my collection, unless I live for at least another century, and stop buying perfume--and the chances of either happening are slim to none.

PerfumePorMoi
Show all reviews by PerfumePorMoi
My second year in high school I got a job working at a high-end flower shop in one of our local malls. It was established and run by two business partners from NYC. They were both impossibly savvy and chic, and I wanted to work for them as soon as I met them. I was there until I graduated, I loved the job so much. Baiser Volé smells exactly like that flower shop—icy, sharp, and green, underlain with the Easter ham/warm clove scent of Star Gazer lilies, which formed the backbone of the shop's signature flower arrangements. It's an impressively unadulterated floral—no patchouli, no amber, no animalics, probably not even any galbanum. Nothing to funk it up. And yet it's both super strong and complex, with a very strange fresh cream and wet cardboard dry down. Don't let the initial watery aspect fool you. This stuff lasts forever.
#249125

Sniffers
Show all reviews by Sniffers
Not bad...i don't see any problem with a man wearing this...I'm enjoying how this smells on me... Opens with a kind of citrusy green mix...quickly dives into a pile of lilys and pretty much stays there...reminds me of the smell of the Orthodox church from my youth at Easter...smells very lily realistic...nice and fresh for a summer eve...
#222372
Show more reviews of Baiser Volé...

Add your review of Baiser Volé Members who own Baiser Volé