About Aventus by Creed

The exceptional Aventus was inspired by the dramatic life of a historic emperor, celebrating strength, power and success. Introduced in 2010 and crafted by the deft hand of Sixth Generation Master Perfumer Olivier Creed in collaboration with his son Erwin, this scent has grown to become the best-selling fragrance in the history of the brand. Olivier created its iconic name derived from a ("from") ventus ("the wind"), illustrating the Aventus man as destined to live a driven life, ever galloping with the wind at his back toward success. Aventus is a sophisticated blend for individuals who savor a life well-lived.

Where to buy Aventus 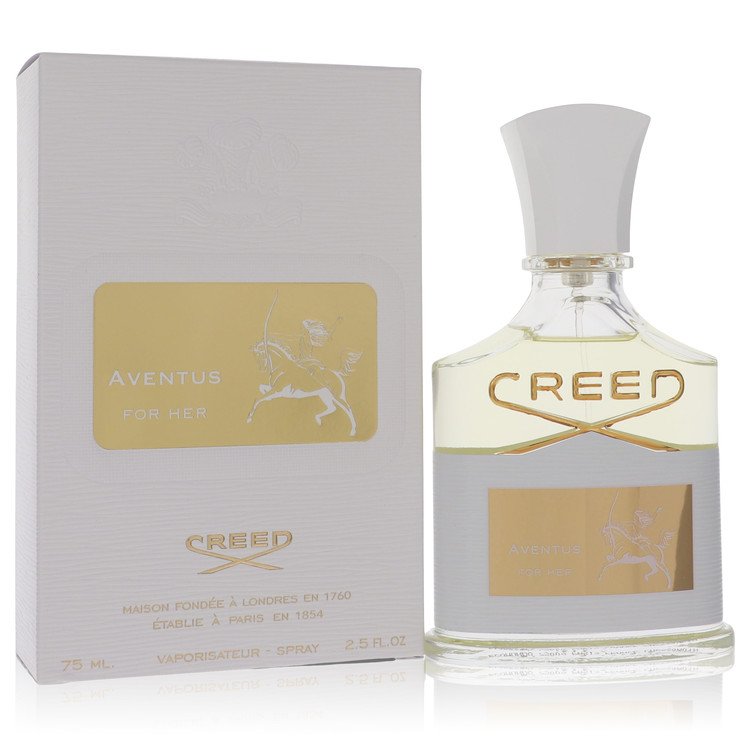 Aventus on eBay (Aventus by Creed)

Reviews of Aventus by Creed

There are 337 reviews of Aventus by Creed.

237 Positive (70%) 65 Neutral (19%) 35 Negative (10%)
K
Katie Wales
Show all reviews by Katie Wales
I’ve just received my sample from Selfridges in London, I’m a woman in her sixties who’s a total perfumaholic and has been since the age of about 15 when I raided my mother’s Chanel 5…. Since then I’ve tried pretty much everything going from niche to mainstream, cheap and very expensive…..but I just love Aventus. I was totally surprised, didn’t expect to love it, was just curious so sent off for a sample to complete my curiousity after reading so much about it. My god there’s a lot of hot air being expelled, more opinions than anything else in the market but I just tried it, as en exercise in objective exploration and didn’t expect to like it, at all……but I do! It’s got an immediate high class vibe, excellent ingredients, fabulous dry down and lasts for hours on my skin! It’s from now, no batch number, I’m going to buy me a bottle!
#250005
T
thistledown
Show all reviews by thistledown
Breakfast in a Country House before you go off to shoot pheasants. Clean and bracing. A bit shouty for indoors but should be fine in the Landrover.
#248284
C
Chef
Show all reviews by Chef
The many superlatives have already been declared; just reporting on my 2020 batch.

The pineapple and smokiness (grilled pineapples) are perfectly balanced to me- not too smokey and not too fruity.

Despite complaints of longevity, this is the longest lasting Creed I've tried so far and an additional plus is that the pineapple and smoke never totally abandon the scent which is markedly different than other Creeds which tend to lose the top and mid notes leaving the Creed base almost naked in late dry down.

Deebo Sniff Sniff
Show all reviews by Deebo Sniff Sniff
You fell victim to one of the classic blunders! The most famous of which is Never get involved in a land war in Asia,' but only slightly less well-known is this: Never go in against a Sicilian when death is on the line!'

Ah the wise words of Vizzini. Of course, by land war in Asia the writers are referring to Napoleons disastrous 1812 invasion of Russia…trust me…I'm not going into detail and don't believe the other theories on this reference…it's a hot internet douche-fest. Don't try to match up perceived timelines either…it's a goofy fairytale with Andre the Giant of all people…RIP.

So, this is the fella that's the inspiration behind one of the most successful fragrances of all time…great…the turd that died in exile. I like to imagine him as the short-dead-dude from Bill and Ted's Excellent Adventure…the Ziggy Piggy, planning invasions field tested at the greatest water park on earth…Waterloo!

Other than that, looking at this fragrance in 2021, it seems pretty unremarkable to many. I don't think anything can live up to tall tales and legend so…it is what it is. However, when this thing came out it was something unique. Any comparisons or claims of it being generic are because, since its release it has influenced so many other fragrances. As someone who has been wearing this since 2010 it still strikes me as the OG…it is still unique. And don't fall victim to other fairytales of epic batches and unicorn years. It does make for some serious entertainment and buffoonery on the interwebs though. Sure, it doesn't project like back in the day…but what do you expect when they crank out copious amounts of bottles to keep up with demand?

Don't expect other people to be fawning all over you. Yes, you will get complements but it's not an aphrodisiac. Wake up! Nothing is! You can sprinkle tinsel on a turd and it's just shiny. So, work on your game, be a good person, learn how to strike up a conversation. That combined with a great fragrance will lure in any man, woman or person you desire.

-Comparisons to a clean shave gel are fair.
-Pineapple is in the fore.
-French Apples…does it matter where they come from?
-Who the hell has smelled Moroccan Jasmine compared to other Jasmine? Who cares?
-Patchouli? No!
-Do you know what Dry Birch smells like…nothing! Birch Tar is a different story.
-Yes to Musk, Oakmoss and Ambergris.
-If anyone waxes about the Black Current and Vanilla…just run…as fast as you can.

I would say this one has run its course regarding price and should come back down to earth similar to say Green Irish Tweed. It is a master piece, it had its time, now sit down in the rocking chair. But as long as chumps keep buying at full price…its gonna continue to be the fragrance that sold the house of creed. If you love it like me, buy it. If it's too expensive and you want something similar get Montblanc Explorer. If you hate it…keep on hatin'. Nuff-Said.


#239147
D
DeanolovesOud
Show all reviews by DeanolovesOud
What can be said about this that hasn't been said already. A great fragrance when it came out then slowly over time it became weaker and weaker, the base notes slowly disappearing until you now have something that you can barely detect on yourself after a few hours. The fragrance certainly has a huge cult following and in a way is a victim of its own success, every spiv and middle class man asking for it at the Harvey Nichols counter for one simple reason it's expensive and very popular. As a result it's now associated with those type of people, you know those who wear a fake Rolex for attention. Notes are pineapple, birch tar, patchouli but newer formulations are simply vanilla and bergamot which fade quickly to an almost woody iso e super type base. Ohh how the mighty have fallen
#236060

Add your review of Aventus Members who own Aventus