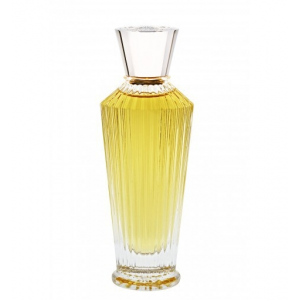 About Ashoka by Neela Vermeire

Inspired by a legendary ruler, Neela Vermeire Creations’ new release Ashoka, is a tribute to an emperor who was conquered by his own compassion at the moment his victory was assured.

He converted to Buddhism and devoted the rest of his life to spreading the Buddha’s teachings, to truth, to justice and to compassion for all living creatures beneath the sun.

His own evolution from ruthless conqueror to benevolent emperor is reflected in Ashoka’s journey from the fierce opening to a softly floral heart and the gentle embrace of its richly complex drydown.

Reviews of Ashoka by Neela Vermeire

There are 10 reviews of Ashoka by Neela Vermeire.

hb27517
Show all reviews by hb27517
Ashoka is a light, fresh and milky melange of green, floral, fig, suede and wood notes. The fig here reminds me of Philosykos. In the heart, this milky fig melts deliciously into a gentle, buttery suede, which in turn segues into creamy sandalwood, all bathed in a light floral ambiance. Fluent and easygoing, but sadly not very lasting on my skin. It fades to a skin scent after about three hours. Still, while it's there, it's beautiful and refreshing.
#226391

teardrop
Show all reviews by teardrop
This is a gorgeous combination of fig & mimosa, with a soft, suede-like leather hovering in the background. Together the mimosa & suede notes serve to give a delightful texture to the fig, which gradually becomes more milky & creamy over the first half-hour. The scent then remains fairly linear for around three hours, before drying down to a woody base with hints of sweet tobacco. Five hours in, it fades to a skin scent.
I don't detect any osmanthus, & thankfully no blackcurrant. I would say this fragrance is almost more about mimosa than fig, & although it doesn't come close to rivalling Une Fleur de Cassie, it is a lovely rendition of the note, & I think quite an unusual combination. I find the projection moderate to good; I just wish it lasted longer.
#167460

Diamondflame
Show all reviews by Diamondflame
Historically, Ashoka was one of India's greatest emperors. Here the name refers to a fragrance that projects a warm woody floral scent with figgy/milky/creamy undertones. Don't ask me, I can't make the connection; there's nothing remotely regal in terms of style or presentation.

Exactly how floral is Ashoka? Apart from a powdery almost buttery iris/mimosa accord in the opening, the main floral accord is not overtly fragrant nor perfumey although there is a fleeting camphorous nuance that evokes certain indolic white flowers. But it's not significant enough to deter the average male fragrance user.

I don't find Ashoka particularly sweet nor gourmand either, counterbalanced as it were by a vein of dry cedar and sandalwood in the base. A hint of grassy vetiver on my skin signals the rather disappointingly rapid conclusion of this (non)epic. Wearing on fabric as Way Off Scenter had suggested earlier is therefore not such a bad idea.

Overall this is a nice, competently constructed fragrance, straining under the weight of expectations due in part to a wallet-busting price tag. Price tags are funny. Knock $100 off and it starts smelling better.

Ashoka opens on a powdery blend mimosa/cassie and iris, soon overlain by an accord of milky fig sap and incense, lightly sweetened by vanilla. It chugs along in a linear fashion before trailing off into a chalky/woody drydown. (Comparisons to Hermèssence Santal Massoïa are apt.)

Unfortunately, the base notes of chemically sweetened green vetiver and cedar wood are highly reminiscent of those encountered in Arquiste's Boutonnière No. 7. They were anticlimactic in the context of Arquiste's gardenia, and I find them equally disappointing and off-putting here. I enjoy Ashoka for the few hours that the fig and incense endure, but find myself wanting to scrub it off in the drydown. Much better on paper or fabric, where the drydown is postponed, than on skin.

james1051
Show all reviews by james1051
Ashoka was one of my favorite releases in 2013 and was in my rotation for early spring this year.

I get sweet, fruity notes (osmanthus?), milky fig, an incense note, a mild plastic-leather note and a floral melange, all well blended and quite concentrated. After an hour or two, a salty sandalwood note slides in to anchor the whole thing, and it dries down as a milky fig / salty sandalwood combo. To me it is suggestive of Santal Massoia, Profumum Eccelso and aspects of its sib, Trayee. Projection is just moderate, but longevity is good.

The opening few minutes really are beautiful. Ashoka approaches my 'too sweet' limit, but stays just this side of the line. Winner!
#145855

gimmegreen
Show all reviews by gimmegreen
A common thread to the Neela Vermeire collection (with the exception of Bombay Bling) is a certain luxurious milkiness. If Mohur is the most dreamy rose milk pudding imaginable (no, believe me, you do want to smell like one where Mohur's concerned), Ashoka extends the natural sappy quality of fig leaves into a pool of lactones. The fleeting opening flourishes of pine needles and leather (in the floral mode of Heeley's Cuir Pleine Fleur) quickly make way for the main event  a sumptuously milky and pale green fig, a thousand-fold improvement on the gaggle of sharp fig perfumes that followed in the wake of fine, fully realized, first-wave creations like Philosykos. Sandalwood (which also has a creamy aspect) and a touch of ambergris in the base make for a perfectly calming and gentle composition.
It's a shame that something so beauteous is so quiet, but there you go  that's another common thread of the Neela Vermeire range. Also, the deep base evolves into a more humdrum woody fig.

Add your review of Ashoka 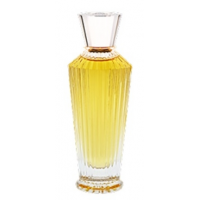 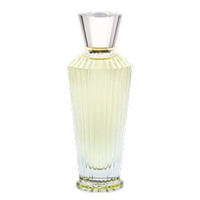 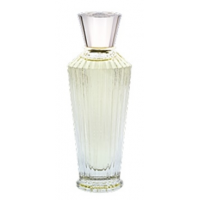 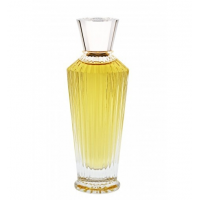 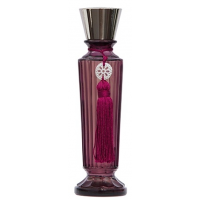 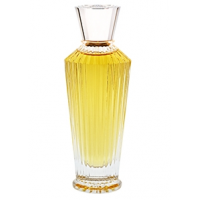 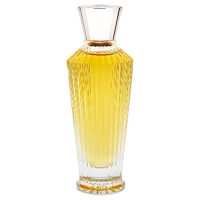 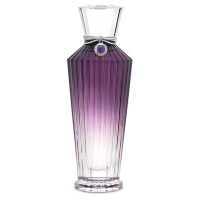 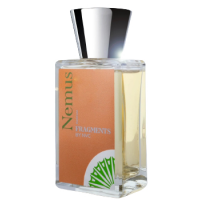 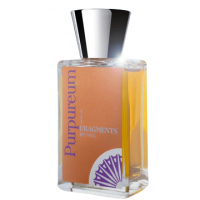 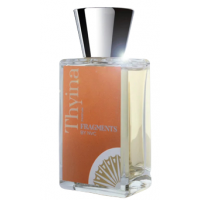 Members who own Ashoka