About Arpège by Lanvin

Where to buy Arpège 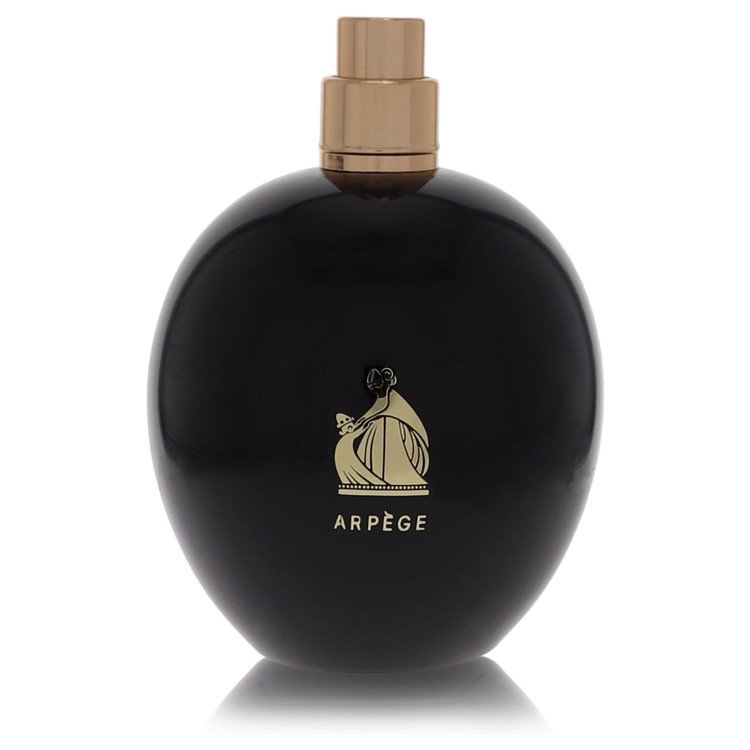 Arpège on eBay (Arpège by Lanvin)

Reviews of Arpège by Lanvin

There are 85 reviews of Arpège by Lanvin.

Descartes
Show all reviews by Descartes
A typical floral aldehydic old school chypre of that period like Millot's Crêpe de Chine, Coty's L'Aimant, etc. Very dense, sweet and monotonal never changes and smells updated for modern times perfumery,the grandmother's smell referred to as. I guess is like the Rose Aoud accord, so many perfumes nowadays smells in that direction copying Montale's Black Oud, his creator just did the same with Arpege, and what was the trend of these days. The problem with old school chypres was too many basenotes creates a very think, heavy, opaque and soupy scent, the aldehydes should help to split notes giving the spatial champagne effect in the air and you should be able to smell almost every single note floating like woods or animalic notes. Is like mixing warm tones and at the end getting a black colour.
No comparison with Chanel n5,please. The old style chypres are difficult to like and understand as perfumery has evolutioned so much since the past centuty. If you are looking for a modern interpretation of this classic, the best modern Chypre,in my opinion, is Amouage Jubileum,the holly grail of all chypres and smells amazing even in a man,that's how all the old school Chypres should smell like.
#249323

aquila_2009
Show all reviews by aquila_2009
"Bette Davis" in All About Eve (1950 drama film) has a bottle of Arpege on her dresser.because she understood how sexy of a scent it is.she has it all:fame,talent, wealth,beauty,a devoted partner, loyal friends,and she is able to convey all kinds of emotions-distate,disdain,anger,self-pity, triumph,scorn-all before she even open her mouth.this fragrance image to me of her.wearing an animal skin coat and smoking a cigarette from an ivory cigarette holder,more pretentious than class.

Arpege is best described as a timeless classic.a perfect skin scent.so intimate yet elegant,so charming yet formal,so sexy yet not carnal.at first spritz the aldehydes are bombastically realesed creating a bubbly, effervescent big cloud of jasmine and neroli.there is a floral sweetness in the background, powdery iris and refreshing top notes.it has a soothing and meternal quality from ylang ylang.at some point the composition turns slightly spicy/ woody before the earhy vanilla heralds the dry down of a magnificent and long lasting journey.

Arpege doesn't scream "take me", but it is seductively alluring. your skin chemistry will largely define how this develops.Old Lady vibe is what people get when this fragrance doesn't agree with their skin chemistry.some as any fragrance,it tends to smell bad when it doesn't agree with skin chemistry.she's not a sugar pop girl that comes and goes.if one knows how to wear fragrance,it is never too heavy when applied right.It's for mature,strong-willed,even a bit obstinated women,who know very well what they want,and let nobody to tell them what they shall do,and formal.this absolute perfect/ soapy floral is about as sexy as "Bette" in evening dress.

Wild Gardener
Show all reviews by Wild Gardener
Because it's an aldehyde bouquet, Arpège is sometimes compared to No5, the Ur aldehyde that wrote the script for all the others.
Arpége and No5 are quite similar, but Arpège is lighter and more creamy, less pink and lush.
And there is another, more important difference. Where No5 is a chord, a seamless blend from top to bottom,
Arpège is - literally, an arpeggio of single notes.

This effect is least pronounced in the EdT, which is the softest and most deeply blended. It's an ordinary bouquet set with aldehydes, very pretty, almost a paler version of No5. By contrast, the EdP is firmer and more stepped. It has a balsamic tone and a fizzy texture which is unique to itself. But the arpeggio effect is clearest in the parfum. By sniffing closely you you can work through the notes and tick them off the list: aldehyde and lemon-honeysuckle at the top, peach, bergamot and a variety of floral tones in the midrange, spice and musky-biscuit in the base. Most of them discrete units, legible by themselves.

By (more or less) isolating each smell, it looks like Arpège is progressively separating the aldehyde bouquet into its components. And as each concentration of Arpège further deconstructs the profile (which is indelibly linked with No5) it looks like the subtext of Arpège is to demystify the Chanel classic - by taking it apart and revealing its secrets.

gimmegreen
Show all reviews by gimmegreen
I have a small dab bottle of early 1990s vintage  so the aldehydic top has lost its solar sparkle and undergone megawarp. But the rest has matured beautifully and remains splendid.
Arpège is a creation of such confidence it requires almost none on the wearer's part. Its mixed floral bouquet shines as if through amber-coloured stained glass with accents of candied orange peel and peach, a light, natural booziness around the edges and a reassuring silky soft base of sandal and vanilla (among other things). Once it has settled, the creaminess of its expression is what catches my attention most. Yes, here is a classic thousand-flowers composition with all the scaffolding of woods, resins and balsams holding it in place, but it has the grace of a swan floating down a calm expanse of water at sunset.
It's perfumey' in what has become an old-fashioned sense  unapologetic, happy to stand naked before strangers and be admired. And that is perhaps a reason why its popularity has waned; we think we've had all this stuff before. But contrarily, when considering today's perfume fashions, it provides the shock of the new.
The deep drydown is marked by a quarter-turn away from the florals and towards the base which resembles more and more something from the Caron stable  this is perhaps the beige Luca Turin was referring to in his review in Perfumes: The A-Z Guide.
I can't talk about its current incarnation, but can note that it's available at a very tempting price.

Varanis Ridari
Show all reviews by Varanis Ridari
A masterpiece of the roaring 20's if there ever was one, Lavin Arpège (1927) utilizes the "kitchen sink" method of composition popularly used in that time period by houses like Guerlain and Coty, whipping dozens of notes into a dark floral symphony of seductive proportions. Arpège is floral chypre, and combines the fruity top of something like Guerlain Mitsouko (1919) with the indolic floral heart of Chanel No. 5 (1921) and a green chypre base of something way in the future like Clinique Aromatics Elixir (1971). Arpège was very ahead of its time in terms of style in the final phases of the perfume, hence its long-lived popularity and reverence from classic perfume fans in the modern century. The stuff even got a male iteration in the early 2000's to bank on the name, but it was wholly unrelated in smell and summarily discontinued when it failed to find an audience. If you like any of the green chypres from the likes of Estée Lauder, Givenchy, or Patou from the 1960's through to the 1980's, Arpège is the archetype for the style.

Aldehydes, bergamot, and a touch of ripe fruit open Arpège, with a dominant honeysuckle and orange blossom reminiscent of Caron Narcisse Noir (1911) entering the picture. The kitchen sink effect isn't apparent until muguet and rose lead into a dark indolic floral heart smothered in clove. It's a deliciously cacophonous arpeggio of notes holding true to the perfume's name that Avon Unforgettable (1965) would do a bang-up job of imitating years later, but the depth of the base is what sets Arpège apart from any future inspired perfumes. A multi-layered base of oakmoss, styrax, ambergris, vanilla, patchouli, and benzoin goes the long haul with desiccation from dry notes like vetiver, sandalwood, and orris to keep Arpège clean enough to be a tempting display without the animalics making a vulgar affair of things. I consider Arpège a "serious" romantic perfume for ballrooms and dressing up in moderate weather conditions, but it transitions to the bedroom easily as it was likely intended. Guys can wear this if they like green chypres such as Clinique Aromatics Elixir (1971), but it takes a mature taste from any gender to appreciate Arpège to its fullest degree.

Unlike its failed men's variant, Arpège itself never seems to have trouble finding an audience even if it doesn't make the rounds in department stores anymore, and most people who find out about it do so from other fans, making direct sales the way to get ahold of it. My encounter with Arpège comes from a niche perfume store which stocks select older perfumes that it knows the big counters won't touch, and Arpège frequently clears out there, so I know somebody besides vintage perfume hounds is buying it. Arpège also has a dozen vintages and concentrations over the years, but from my tests, a reasonably-priced modern eau de toilette will serve adequately in lieu of a pricey vintage extrait or parfum de toilette, since great pains have been taken to reformulate with modern ingredients the same structure found in the original formula by André Fraysse. Of course, if you want full-tilt animalics rather than IFRA-compliant fillers, you will need to seek out older bottles, but those outside the cult of oakmoss will do fine with what's out there. Thumbs up!
#216776

Ah! It's as I remember - a classic beauty. Aldehydes, a touch of fruit, and the honeysuckle is particularly predominate. The other flowers are mild.

The heart reveals more flowers, blended with an almost creamy voice. LOTV begins to bloom. The jasmine is a bit dirty. I get some green close to the skin.

I am taken back in time to my earlier perfume exploration days. Times, when I felt everything smelled too grown up for me. Arpege, was one of those perfumes.

I smell sharpness from the rose and geranium. The middle notes are just downright beautiful. This particular little bottle of perfume was well-stored.

The flower bouquet sinks down into the base notes. They mingle and parley well with the other notes - perfect refinement. A well made kitchen sink frag. Base notes are never loud, on my skin. They emit a lady-like sillage. No one note stands out here.

Hours later amber and patchouli increase their power. Also, something a tad nutty, is present. If you can get your hands on vintage Arpege Perfume, do so. It is worth experiencing a classic.
#214791
Show more reviews of Arpège...

Add your review of Arpège

Other perfumes by Lanvin Members who own Arpège