About Aoud Café by Mancera

Where to buy Aoud Café 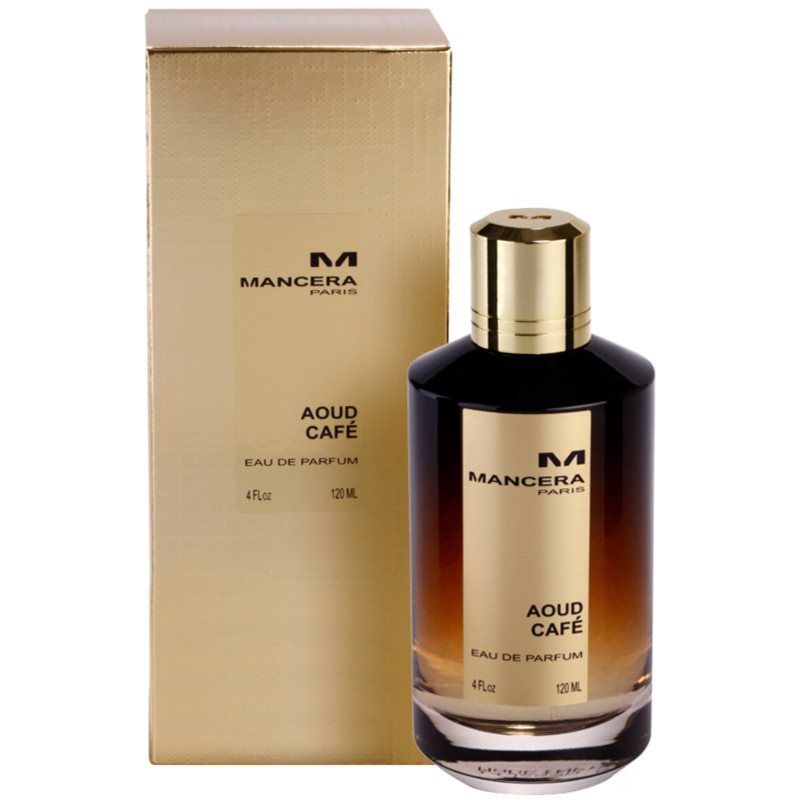 Reviews of Aoud Café by Mancera

There are 14 reviews of Aoud Café by Mancera.

Andyjreid
Show all reviews by Andyjreid
I get a fruity/spicy opening as soon as this is sprayed.

This only lasts a few seconds before I get hit with an aromachemical wood note and a slightly medicinal oud, which to my nose, was similar to Montale Dark Aoud but only half as potent.

So coffee? Yes it's there but to me it smells like my coat when I've spent too long sitting in a coffee shop. Slightly stuffy and stale.

This gets a neutral from me though because while I won't rush out and buy this fragrance, there is something in it which I can't pinpoint that keeps me going back for more.

Varanis Ridari
Show all reviews by Varanis Ridari
Yeah this is nasty. I could stop here but I don't want to be rude. Why do people want to smell like this? You take coffee, let it sit in a pot for a week and get moldy, and you'll end up with a better smell than Mancera Aoud Café (2013). To think, something like this commands over $150-$200 new at retail! I really want to be thorough here but this is so thoroughly unpleasant that I'm having to subject myself to something that I'm physically avulsed to in order to give you a proper analysis, so I'm going to be uncharacteristically brief and unable to fully tell you how this is going to wear for a day on skin, because I just couldn't handle it.

The opening comes across like a trainwreck of aromachemicals and the aforementioned stale coffee. Bergamot and fruity notes are listed, but I don't get so much of that as I do sharp aldehydes and generic citrus under the coffee, which itself steals the show for the first thirty minutes. Ambrox super, some lily of the valley, and that coffee form the bulk of the wear thereafter, until a scratchy medicinal oud like most designers use comes in later on to anchor the skin feel after that coffee note starts to finally subdue. I didn't keep this on skin long but I came back to a spray card with a dried down application and it was there the next day, so I imagine longevity is high. Sillage from what I can tell was also high.

In the end, I'm probably not the best person to give you an authoritative review on something I utterly cannot stand, and I won't bother telling you where to use this or what time of year is best because I don't ever want to smell this again. You get weird warped aromachemical citrus and aldehydes, spoiled coffee, ambroxan, and a bunch of woody scratch, like someone spilled the base of Dior Sauvage (2015) into a cup of coffee then let it sit out in the heat for a day, only to drop in some of Tom Ford's comet cleanser oud then bottle it as niche perfume. I don't believe I've smelled anything this revolting in a long time. I can't possibly give a bigger negative reaction without strapping this sample to a rocket and launching it into the sun. Thumbs down.

seeroos.syed
Show all reviews by seeroos.syed
Opening smells like coffee and Ruh Khus (pure Indian vetiver oil). Drydown smells similar. Coffee note is strong and black. Not very sweet. It's ok but not a huge fan of the notes in particular.

HouseOfPhlegethon
Show all reviews by HouseOfPhlegethon
Similar to Black Prestigium but less powdery-sweetness; more of a sweet-smoked-wood thing. Only a flash of peach upon first application, then Poof! It was gone. Lots of coffee and wood notes here. It reminds me, at times of Ouzo. This is loud. A little goes a long way.

purecaramel
Show all reviews by purecaramel
Another Mancera scent developed by "Let's play with a bunch of Aromachemicals and see what happens" "Oh Hey, there's some kind of Coffee accord and Wow! that smells like Celery. Here let's wrap it up with Amber and sweeten with Maltol.
Actually quite fun to wear and in small doses stays this side of cloyingly sticky.
#232218
M
Maleuser
Show all reviews by Maleuser
Different, but very pleasant. I like this cosy, a bit dark, little dry fruity, and somewhat spicy. Almost like a liquorice vibe with a spicy peach undertone. Wears well for a cool day or an evening.
Not my fave from this house however I like the different take on a Coffee scent.
#195330
Show more reviews of Aoud Café...

Add your review of Aoud Café Members who own Aoud Café