About Alizarin by Penhaligon's

An intriguing and intense Oud inspired by the red dye, Alizarin, cultivated in Egypt since antiquity. Intense and mysterious, Alizarin conjures whispers of oud, precious vetiver and rare resins. A homage to the millenary tradition of fragrance in Egypt, it is reminiscent of ancient and traditional perfumes.

Where to buy Alizarin 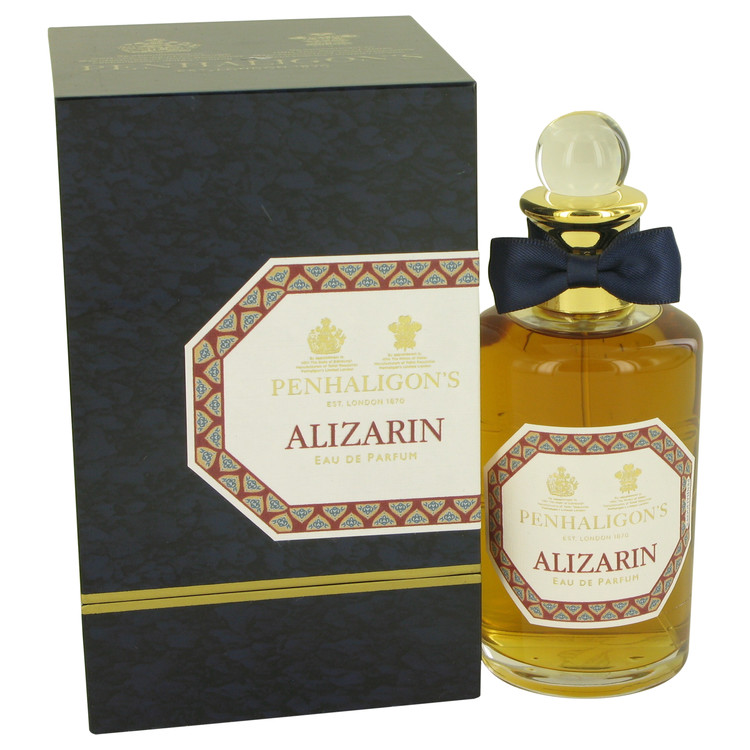 Alizarin on eBay (Alizarin by Penhaligon's)

Reviews of Alizarin by Penhaligon's

There are 5 reviews of Alizarin by Penhaligon's.

speedracer
Show all reviews by speedracer
It doesnt have the old guy smell but Alizarin definitely smells like its from another time/era. The leather and oud are spicy and musty in the opening. The drydown change comes much later, maybe 2-3 hours in. At that point, it changes to a lighter leather scent which I feel is more agreeable and modern. At that point, I found myself enjoying the smell, opposite of the darker opening.

Performance is good with decent projection and 6-7 hours longevity.

odysseusm
Show all reviews by odysseusm
This is a very civilized leather-oud scent. The oud is distinctive but mild, and combines well with the leather. I get hints of tuberose and iris, but they are in the background. Bit of grassy/earthy vetiver in the dry down. Don't get any olibanum (frankincense). A good scent, though not coniferous in my opinion. At times it reminds me of SMN's Nostalgia.
#209852

argogos
Show all reviews by argogos
Alizarin is, unfortunately, overlooked in a house full of flashy Portraits collection additions and other new concoctions by Penhaligon's. Before I had a chance to purchase it, a clerk described it, off-handedly, as Halfeti with orange instead of rose. hmmmm, I can see how that explanation is somewhat accurate, but the experience of each is decidedly different. Where Halfeti is floating, Alizarin sparkles. Halfeti leans feminine, Alizarin leans masculine. Halfeti's oud has a pungent, floral quality; Alizarin's oud is ultimately warm and herbal. Both have a leathery accord, where Halfeti's conveys a hide-tanning flatness; Alizarin's evokes a cracking whip.

I do, indeed, see how a comparison can be made, but don't brush off Alizarin, as a somehow "less than" alteration of Halfeti. They both have there own experience and personality worthy of exploration.

P.S. The comparison I would find more accurate would be that it combines the best qualities of housemates, Zizonia and Sohan.

rogalal
Show all reviews by rogalal
Probably the darkest scent in the Penhaligon's repertoire, Alizarin is a big mix of leathery, smoky, pine-inflected birch tar and frankincense, lifted with black tea and made funky with cumin. I don't really smell the flowers - I guess they're more of a background sweetener than a featured element.

Realistically, there are a LOT of niche leathery woody incense perfumes. What Alizarin brings to the table to make itself notable is pretty much the combination of cumin and tea. The scent is probably its most interesting for the first hour or so, while all the disparate notes are fighting for space and the cumin tea is allowed to set off a few fireworks. Later in the day, it settles into a woody incense drydown that niche aficionados will find pleasant but fairly familiar.

In all, I like Alizarin, and the idea of spiking a woody incense perfume with tea appeals to me, but this belongs to a really well-worn genre, so it's hard to get excited about another one. Thumbs up for quality, but I wish we could get past this particular niche cliche and move on to the next great idea.

Add your review of Alizarin Members who own Alizarin

Search for Alizarin by Penhaligon's on the Basenotes forums.
Top