About Akaster by Parfums de Marly 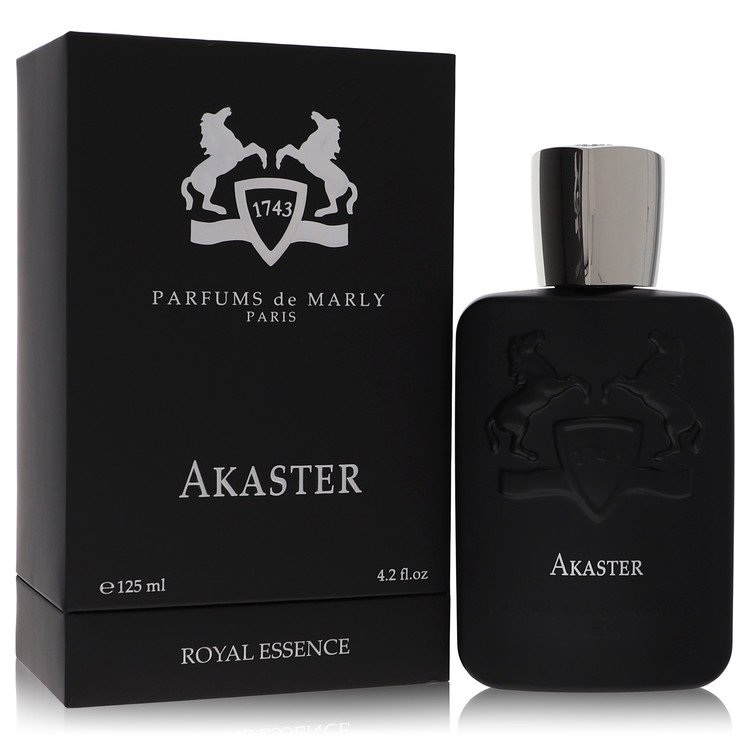 There are 3 reviews of Akaster by Parfums de Marly.

speedracer
Show all reviews by speedracer
Another rose oud, on the medicinal side but has some greeness and warmness to it that makes it fairly wearable and more versatile.

Even though this is more wearable than most rose-ouds, you'll still need to go conservative on the sprays.
As with most rose-ouds, performance is outstanding, so again, spray with caution.

Loud and lasts all day.

Varanis Ridari
Show all reviews by Varanis Ridari
Parfums de Marly Akaster (2015) is a release not widely distributed outside the Middle East, as it was part of a black-bottled series of masculines made in 2013 and again in 2015, with the name of the fragrance printed on the front, sold almost exclusively to that market. Some from the 2013 line did eventually gain enough popularity to turn up in department stores and same again with the 2015 line, but Akaster is not among them. Overall, this is a rather run-of-the-mill designer take on the rose oud combo, but done on a budget akin to designer prestige or entry-level luxury brands, so there is a bit more authenticity here than your average Versace or Gucci oud attempt. Still, there is no real oud in Akaster, and the same Givaudan captive used by Dior and Le Labo is here. This is a good thing to be honest, as the Givaudan oud note is rather more barnyard than much of the sharp medicinal "Comet cleanser" oud notes found in many a designer oud flanker, including the entirety of what Tom Ford passes off as oud, meaning Parfums de Marly at least has made something more wearable for folks who've dabbled in the real deal.

Akaster opens with lemon and cypriol, offering a bit of sharp sourness that lends itself well to the Bulgarian rose and geranium heart. The former is of the richer jammier variety mixed with taif and made greener thanks to the geranium, but topped with cypriol remains tart enough that the transition to the synthetic oud base doesn't seem too much of a stretch. In comes the semi-skanky oud note that feels as if someone dropped a speck of Parfums Dusita Oud Infini (2015) into a bottle of Montale Black Aoud (2006) then shook vigorously, offering a bit of muskiness and virility enough to flirt with being lewd, but still remaining formal enough in the usual Western way that people won't raise their eyebrows too much if they venture too close. The end of the wear is much drier than the beginning too, so eventually the barnyard element dissipates completely. The magic of Akaster is that from afar you only get the rose, and up close the oud, so you can almost pull this off in the office, if not for the fact that rose perfumes on men still go against gender norms in most conservative office environments. Akaster is really nice and well put together for a house that usually prides itself for stuffing aromachemicals into designer tropes then calling them luxury scents based on antiquity, but if you can put the cynicism aside and abide the stiff price, it's a good reference rose oud with satisfactory performance.

Parfums de Marly Akaster is an unlikely release from a Western standpoint, but if you've lived in places like Dubai and watched what French perfume houses have bombarded the market with in an attempt to sell the area its own culture back to itself with an "exotic" air of European flair, then you probably saw this coming from a mile away. I like Akaster, and if you find a small perfume shop carrying this stuff or take a chance ordering a small sample sprayer, you'll be rewarded with a rose oud perfume that is a step up from the usual Montale/Mancera offering but not on the same level as something from a Middle Eastern house that has generations of knowledge from which to pull when working with oud. The purists will not really find much favor with Akaster, not just because it is still invariably a synthetic Western oud perfume, but also because it is from a house like Parfums de Marly, which bankrolls on historical flummery and manufactured pedigrees. Carisle (2015) is the big crossover success from this line, originally introduced as a Herrod's exclusive to Western markets before being distributed to Nordstrom in the US, but Akaster is the more "authentic" if less-original take on the style. Definitely sample before you buy, but if rose/oud is your thing and price isn't an issue, Parfums de Marly Akaster is a safe buy. Thumbs up.

Sniffers
Show all reviews by Sniffers
Well, another entry into the world of rose-oud...I'm really liking this entry though...very classy smelling western oud with some added woody oomph from the cypress...a very smooth and slick feeling fragrance...spicy tasting and get a nice hint of lemon in the background...aromatic/light/airy...i find this to be very pleasurable to wear...projects very nicely...semi-linear , which I find to be not a bad thing because i enjoy smelling this as is...decent life span too...overall , a nice addition to the rose-oud army...
#200580

Add your review of Akaster