About Agua Brava by Antonio Puig

Where to buy Agua Brava 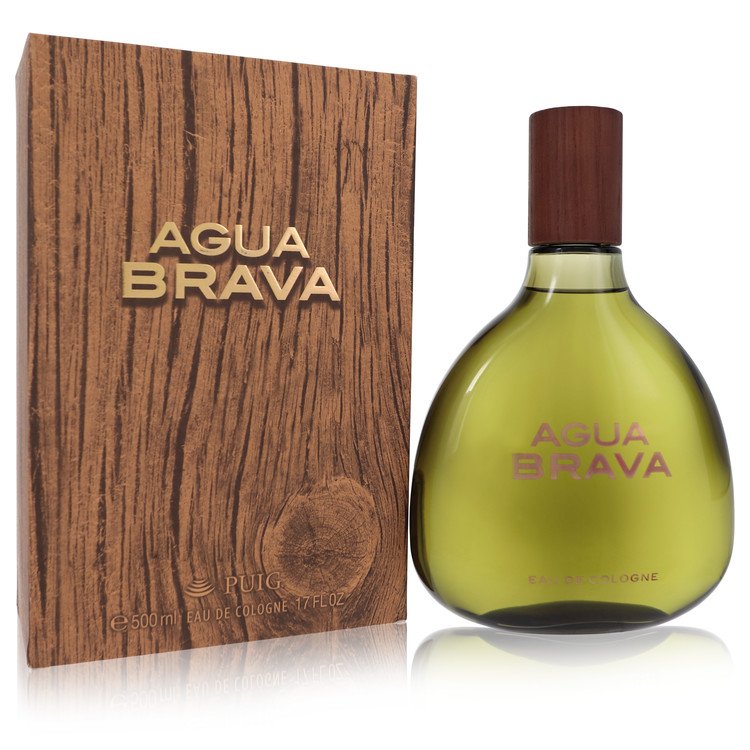 There are 40 reviews of Agua Brava by Antonio Puig.

It mostly smells like over-ripened tomatoes, dusty woods, and a little bit of pine. Or maybe just like tomato sauce that fell on a tree? I wish the pine was more noticeable, but it isn't. Overall it kind of just smells like a sour Acqua di Selva.

I do love the bottle though, and the sprayer works fantastic.

Wild Gardener
Show all reviews by Wild Gardener
Agua Brava is an Italian style cologne where the fresh lines of pine citrus and herbs are blurred by a dark and rounded base. This makes it more fuzzy and lived in than truly formal.

It develops the Latin cologne away from the hard and flat style of things like Pino Silvestre, and towards a less macho and more liberal way of smelling like a man. Not a small thing in the fascist Spain of General Franco. A brave water indeed.

Funwithfrags
Show all reviews by Funwithfrags
Another terrific Spanish cheapie. Honestly, every time I holiday there I fall in love with four or five masculines for their complexity and unashamed take on what male perfumery should be. This one is heavy on citrus, aromatics, evergreens, and the usual suspect base notes at a concentration that is not overpowering but has good longevity - i.e., just right. At the time I tried it, it was going for - in some local boutiques that tended to overprice everything, including Spanish scents some of Puig origin - around £20 for 200ml. So if you are in the market for a top-value Iberian-style barbershop cologne, it's a no-brainer.
#204986

TBuns
Show all reviews by TBuns
Whenever I wear this I relish it and wonder why I don't find this short and squat bottle more often. Its my favorite Puig scent and always brings to mind a big heavy pot of hearty Mediterranean spiced beef barley soup, simmering away all day long while I expect fresh bread must be baking in the oven. I don't even know if such a dish exists yet that is the image I always get. Yes, spicy comfort food all the way.

Rick Bennett
Show all reviews by Rick Bennett
Great cologne.
Starts with a very brief citrus top note that disappears in seconds. Unless you're actually with someone at close range when you first put this on, you're the only one who'll ever smell this part.
Then it's all fresh Mediterranean herbs: sage, thyme and the like. It's like having rubbed crushed herb leaves on your skin. I like this a lot.
It's an old-fashioned, masculine "aftershave" kind of scent. It smells of outdoors, summer, southern Europe. It's clean and rugged. Here comes the wannabe poetic bit : Think of a black-haired, sun-browned Spanish farmer getting showered and shaved ready for a summer evening out with his girlfriend. Before the days of mobile phones and when everyone had a car, he'll walk along a dust track, all preened in a white shirt and black trousers, past the sun baked allotments and herb gardens, on his way to her parents' house.
I would wear this when I'm in a manly, aftershave kind of mood. In fact I'd almost say this is the perfect splash on scent (almost, because I hate splash on). It just kind of fits with the feeling.
Projection and lasting power not that strong, but that's appropriate if you consider it as an "aftershave" type thing. It actually lasts a lot longer sprayed on clothes. I'd love to try the vintage version sometime too to see if the (presumably real) oakmoss would come through.
June 2016

vipersinthefield
Show all reviews by vipersinthefield
My review of praise for Agua Brava consists of the older red wood-schemed box version which is the old formula.The brown box version has been reformulated and I don't care for it.Two words fit this Eau De Cologne perfectly...'rustic' and 'outdoorsy'.Smells very pleasant of pine needles,vetiver, and lemon oil those are the big notes throughout.At this point it would strike you as a darker toned Acqua Di Selva.But take this scent and put in a bowl made out of laurel leaf.A little warm sandalwood comes in combined with a nutty character.Nutty as in the wonderful aroma of varietal shelled nuts you buy at the grocery store to crack during the holidays.There's nothing barbershop like about Agua Brava.Rustic is the best wording because it smells too natural of outside in the woods and not from a fragrance house.Smells like something mountain folk would make as a fragrance utilizing nature's gifts.I don't praise the current formula because I only pick up the pine and lemon oil primarily and everything else is lacking in nasal color(like the sandalwood and nut note) and the rest it's too faint for me to pick it up.But when I splash this on I get this bombarding note of oregano that's front and center.It tones down but even after 30 mins. I can smell the tail end of it in the blend.Light in projection as in being a tad stronger than an aftershave both ola and new formula.But I do get asked about it when interacting with someone up close.
#167641
Show more reviews of Agua Brava...

Add your review of Agua Brava

Other perfumes by Antonio Puig Members who own Agua Brava

N
Agua Brava versions - Does anyone know the timeline?

J
Agua Brava by Puig, which of the Box Colors has the best formulation?

Search for Agua Brava by Antonio Puig on the Basenotes forums.
Top