About Adidas Moves by Adidas

Adidas Moves contains a whole bunch of tasty fragrance notes. Green Apple, Parsley, Black Pepper, Spearmint, Peppermint and Mandarine. Sounds like the ingredients for a salad.
The Ginger Ale Accord in the heart notes gives the fragrance an unexpected zing!

Where to buy Adidas Moves 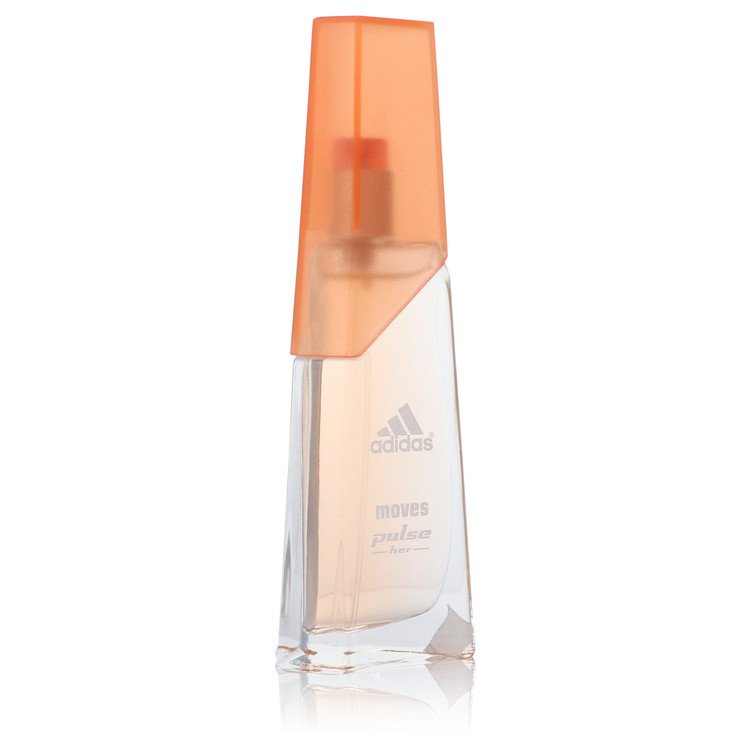 Reviews of Adidas Moves by Adidas

M
MrSethJM
Show all reviews by MrSethJM
I bought a 1 oz EDT/2.5-oz body spray gift set at a Walgreens store a few days ago (for $5.00 after a 50% discount and $2.50 Walgreens rewards points). My conclusion: It's simple, but simply good! Just a safe, no-frills, clean, light, fresh, sporty scent that brightens the mood. It lasts three or four hours, and that's good enough to make it one of the best "bang for you buck" fragrances I've come across (and I've come across many dozen).

If reviewed without regard for price, I wouldn't be sure whether to give it three or four stars, but when considering what a great value it represents if found toward the bottom of its price range, it's easily four stars.

For Adidas Moves, I put it on immediately after showering, using a couple sprays of EDT on the chest, one spray of EDT on the back, and a squirt of the body spray on each side of the neck and behind each elbow. (For me, I usually prefer, whenever possible, for the stronger concentration to be underneath clothing and for body spray and aftershave versions to be used on the exposed "pulse point" areas.) This application yields a favorable result for me.

vipersinthefield
Show all reviews by vipersinthefield
There's a lot of grapefruit in this producing the whole clean-citrus, watery, and metallic accord. A small amount of bitter tomato leaf adds a little green in this deep down. Definitely a marine note fused to the grapefruit. Tangy green apple I get hints of but hours later into the fragrance. Sandalwood in the background from start to finish.

It's low in projection, but I can smell this for 6-8 hours with 4 sprays. I think why this fragrance became so recognized under Adidas is because it has a lot of inspiration from Chrome by Azzaro(1996) through a different formula approach. Chrome is nicer and more open or "airy", but back then it was expensive. Coming across Adidas Moves in a drugstore made a good daily wear scent for casual or office wear for pretty cheap.

Varanis Ridari
Show all reviews by Varanis Ridari
Addidas Moves is a licensed Coty fragrance made on behalf of the venerable activewear/shoewear company, and is really just an exploitation of the first-wave aquatic craze began in earnest with Davidoff Cool Water in 1988. Everyone and their mother was making an aquatic or aquatic flanker in the 90's, as they were to men's fragrance then what a barbershop fougère was to that same market in the 60's and part of the 70's: Easy, guaranteed to sell, non-provocative, and cheap. Early Addidas masculines came through the Beecham/Margaret Astor house and had a bit more seriousness to them, but once the Fragrance Borg that is the Coty empire picked up the name, it became a repository of second-rate ideas not good enough for prestigious labels, shucked to stores like Walmart for the teen set to stumble on. If I hadn't already been exposed to this, I would think the overactive note pyramid pretty clearly states how it tries too hard.

The ginger/ginger ale accord in the opening is the big bubblegummy gimmick to get teen guys off their Playstations and ride their 90's BMX bikes down to the corner drugstore to "score" a bottle, but once you get passed the almost-cute opening, this quickly devolves into "designer Windex" as I used to call it myself before off-loading it (finally) to a friend. The multitudes of mint and pepper notes in the opening make sure you don't go unnoticed as you pass by on a summer day, but is that really the kind of trail you want to leave? Green apple and pineapple sweetness also emerge, as if a bit of the ozonic fruit archetype also popular in the 90's had to be stapled on to cover all bases. Speaking of bases, that's probably the only area where this gets a few nods, for once all that olfactory calamity dies down, we get some nice sandalwood, real but slight oakmoss, muguet, and crisp thyme. They should really save this base and build a whole new scent around it, but instead, this became a full-fledged grooming line. Go figure.

My scathing review is not without some understanding. This was the height of the first aquatic glut in male fragrance, and by turn of Y2K, we'd see gourmands, new musks, and a new generation of fresh fare powered by ambroxen instead of calone gradually take hold, which is marginally more interesting. Indeed, this was also a direct assault on the 18-25yr old young active entry-level guy; the high school student, the collegiate, the service economy dude that drove a hand-me-down Saturn SL2 to game night at his friend's club basement, where D&D books were stacked to the roof alongside cans of Dr Pepper. This was an accessory in the gym bag of Mr. Football Scholarship on his way to Gold's Gym after class. I can't fault it for being made to find an audience, but from a hobbyist's perspective, I can fault it for being a bad fragrance otherwise. Even die-hard aquatic fans have a plethora of better options, and at prices comparable or actually lower than this. Too busy, too loud, too acrid, and probably more enjoyable being used as a bathroom spray than on skin. I'm sorry.

#198407
P
pandaKrusher
Show all reviews by pandaKrusher
A truly unpleasant experience. Carpet cleaner soaking up onions in a diaper factory. Daycare Team Force wearing Pampers. Sharp and acrid and like it or not, going right up your nose. After a 45 minute tantrum, Moves does everybody a favor and pulls a Keyser Söze and poof! it's gone.

Adidas makes some underrated gems that are unexpected, dirt cheap and just plain fun. This is just dirt.

#135923
S
SteelRain
Show all reviews by SteelRain
You know those cheap "clean breezitude of fresh ocean foaminess" candles you lit in your bedroom when you were 16 and trying to get laid for the first time? Well, guess what... the smell is now available in liquid form!

I'm *THIS* (holding fingers together with one atom's worth of space between them) close to trying to mask the horror of the drop I accidentally got on my wrist with the Carpet Fresh SuperPet foam under my kitchen counter. It's honestly a much more pleasing scent.

#129280
C
capital
Show all reviews by capital
Doesn't last long but it smells fresh and clean with a little bit of a metallic note. Cheap, widely available and has gotten me compliments.
#122186
Show more reviews of Adidas Moves...

Add your review of Adidas Moves

Other perfumes by Adidas Members who own Adidas Moves

Search for Adidas Moves by Adidas on the Basenotes forums.
Top