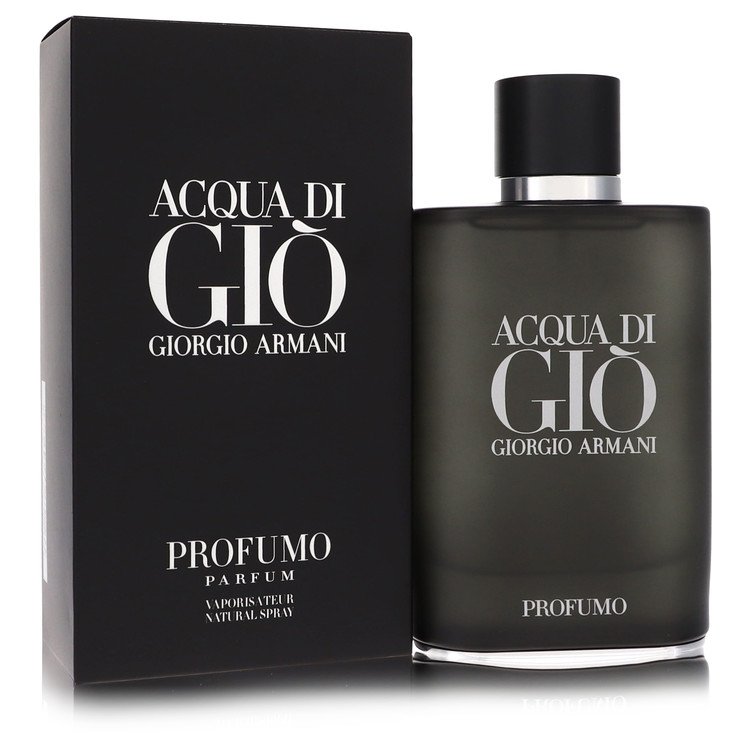 There are 67 reviews of Acqua di Giò Profumo by Giorgio Armani.

Smellyicious
Show all reviews by Smellyicious
As good as it gets man. Vintage AdG at first blast but then the incense kicks in, bringing a depth of sophistication that is down right intoxicating.

This is an elegant offering. Perfectly blended, gorgeous throughout with plenty of projection and staying power.

Andyjreid
Show all reviews by Andyjreid
This has now been a staple of my wardrobe for about 5-6 years and to be honest, I can't ever see myself being without it.

I liked the original AdG but when it first came out it was everywhere and everyone wore it along with other popular aquatics.

I was on my way back from a holiday the first time I tried Profumo. It may have been a mix of both happiness and sadness as I browsed the duty free, it may have been the excess Euro left over in my wallet but I felt like it had been the fragrance I had always been looking for. It has that little marine/citrus in the opening and then flutters between the middle and base notes on my skin.

I love the incense vibe that runs throughout this fragrance and think of it as a more grown up version of AdG.

One I will always have a full bottle of.

#240978
T
TheGuv
Show all reviews by TheGuv
Love this frag. Great strong fresh citrus opening. Great spring/summer daytime fragrence. Easily a blind buy for anyone and a must own
#240647

Zenwannabee
Show all reviews by Zenwannabee
I like this overall. Had worn the original ADG as it came out in the '90s and liked it. Aquatics however were not really my thing and I moved on. Very pleased though with the Profumo version, although as has been said previously, if you didn't like the original, there's not a lot new here to make you change your mind. But I think there's a bit more depth overall, and I get a bit of black tea with the incense, rather than much patchouli. But even with this more mature version of ADG, the calone vibe is still there, and that aquatic side can be cloying. I learned the hard way on a Christmas morning as I opened it, giving myself three large spritzes and being overwhelmed with the aquatic wave that resulted. But with a less-is-more approach, this is very refined. It's a quality scent and a definite compliment-getter. Good stuff.
#239705

Constantine
Show all reviews by Constantine
I am struggling here in view of all the great reviews. Basically this is similar to Hugo Boss unlimited so its a freshy on the upper end of the spectrum of mediocrity veering towards the generic less aquatic than HBU and here we have more depth and masculinity so teeters into thumbs up. Could even be a crowd pleaser but you'd feel guilty with the compliments because you know this is the lazy choice. There is just much better out there and its not cheap.
#239352

Profumo is in the style of fragrance that I immediately makes me think of as being "cologne-y." It's abstract and its accords don't neatly correlate to real-world aromatic experiences.

The opening of Profumo causes me to recoil a bit. There's nothing genuinely watery/ozonic/marine about the sea notes here (a version of this with a real sea spray feel, maybe some seaweed, would be much more appealing to me), and the bergamot is the "shower gel" kind, unrealistic and thin, rather than juicy and sharp. The mid and base get more interesting, though, with the smoky quality of the "incense" creeping in, but it still feels shallow to me.

I can't help but feel that Bvlgari Aqva Amara was the superior "designer incense aquatic" of this era, but nevertheless both it and Profumo would have benefited from more realism and richness being given to the notes they each list in their respective note pyramids.