About A*Men Ultimate by Thierry Mugler

Where to buy A*Men Ultimate 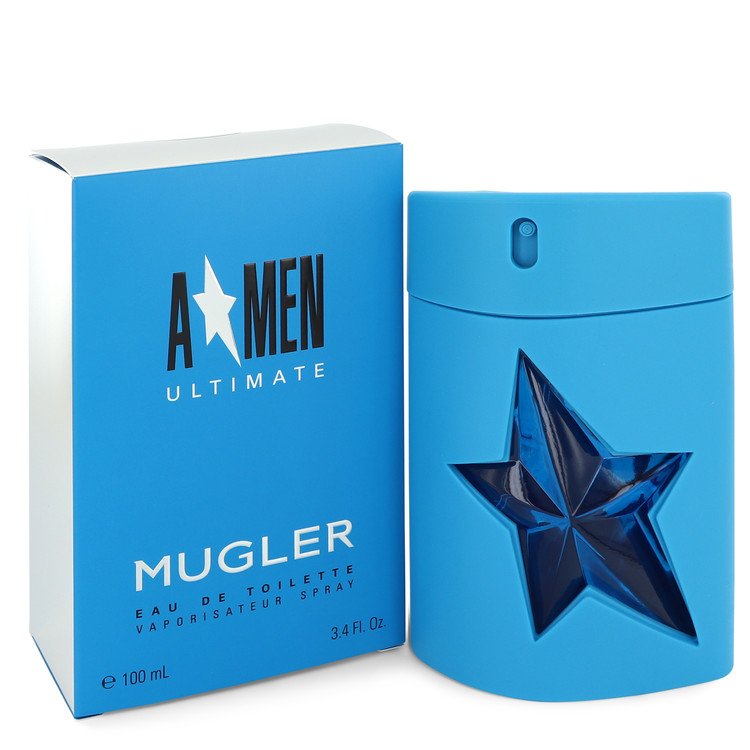 A MEN ULTIMATE BY THIERRY MUGLER 3.4/3.3 OZ EDT SPRAY FOR MEN NEW IN A BOX
Buy it Now

There are 6 reviews of A*Men Ultimate by Thierry Mugler.

The_Cologneist
Show all reviews by The_Cologneist
Mugler Ultimate is surprisingly really nice, and flew way under the radar. Limited to a smaller batch, and already being discontinued, Mugler's website is clearing out what they have left, as are Ebay sellers.

I bought a bottle for $50, because the thing with most Mugler releases, especially A*Men flankers, is they always gain value, sort of like a Rolex.

Ultimate has much more going on than the boring notes paint out. I get a lot of fruity notes, sweet notes, spicy, woods, and a creamy tonka heavy base akin to Pure Tonka and Ultrazest.

The opening smells a little like Pure Havane to me, as I get a cherry like, gummy bear accord. I can smell what's going on behind it pretty quickly, and it mostly smells like a light patchouli with a little fir. At this 5 minute mark it kind of smells like CH Men to me, but less sugary. Underneath that, as it dries, I get somewhat of a Pure Tonka or Rochas Man, sweet tonka, vanilla, and mapley smell. The final dry down, is a more ambery sort of tonka, it's an iconic smell that we've gotten from many A*Men flankers.

I get outstanding performance with this, great projection, great sillage, and pretty solid longevity, usually in the 8 hour range. It's a bit simplistic after 5 or 10 minutes, where the opening may puzzle some people, as it changes a couple times. You really need to try this one on skin to see if you like it or not. I feel a lot of the lackluster reviews don't really provide much information on the scent itself, and rather the politics. Yes we know Mugler is not what it once was since transferring parent companies, but seriously, try this one, don't just write it off because everyone else is. This is actually one of the better ones!

aquila_2009
Show all reviews by aquila_2009
Like a light coffe,a half shot cappuccino with vanilla.it stirs the senses and woman love.for those girlfriends and wives that love warm and cozy scents.in other word's,modern,urban,fresh and warm,romantic,smooth simple yet delicious.

Fairly simple,synthetic cedar that cuts through a coffe note that was constructed by balsam and a hint of bergamot.the cappuccino note that's milky, sweet and addicting.doesn't smell coffe at all.the cedar gives it the masculine under tone and it's the reason that this scent has a creamy cappuccino nuance.

#238169
B
buyers_remorse
Show all reviews by buyers_remorse
I aint falling for Mugler's offerings he has done so many A-men with a hint of of this, a hint that and it is a complete farce! Create something new!
#232322
M
Munir.lover
Show all reviews by Munir.lover
Man I love a*men ultimate it brings me huge huge compliments wherever I go. Girls get mad about it. It's a clean fragrance not too overpowering and it smells so goooood I am addicted to it it's the best a*men flanker no wonder why they chose this ultimate name.
Definitely the ultimate of the line aka the best of all.
#226562

speedracer
Show all reviews by speedracer
Reminds me of a softer, minty, less sweet Azzaro Wanted in the opening. The milky coffee smell barely starts to come in later but never fully dominates or makes it heavy. Has that odd combo of a light freshie mixed with coffee, similar to Halloween Man X, which I think smells more unique than Amen Ultimate. Theres also a sweet powderiness that reminds me of LeMale. Its generically pleasant but ultimately redundant.

Performance is just okay. Projection is never loud and really only projects for a few hours. Skin scent sticks around for most of the workday.

Ok, someone will say: "but Ultra Zest had orange note and Ultimate doesn't". Well yeah, but it's a thing of chemistry. As a chemist, you can make, or produce, an effect you want.

So this "Ultimate" flanker was made purposely to emulate the Ultra Zest flanker effect. I find this to be an insult in a way. Ultra Zest is discontinued and then they make a "new" flanker, change the colour of the bottle and name it Ultimate.

I dare you to side test them both, one on left wrist, the other on the right wrist and you'll see, that is smell, what I'm talking about.

Occasions: casual, informal, whole year, daily, can be an evening fragrance during summer.

Conclusion: marketing fraud/scam. But ok, let us have it.

Add your review of A*Men Ultimate

Members who own A*Men Ultimate

Search for A*Men Ultimate by Thierry Mugler on the Basenotes forums.
Top