Where to buy 1904 Madame Butterfly 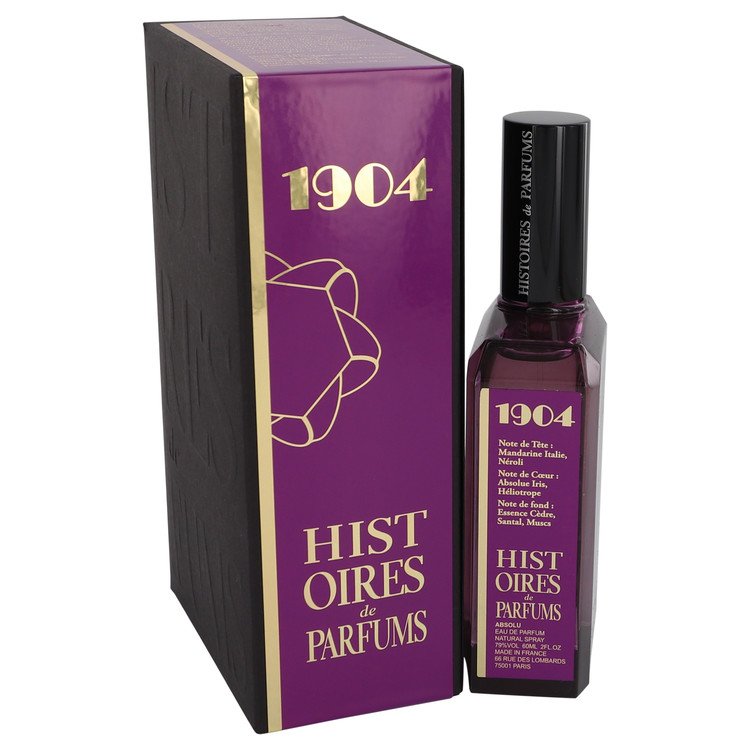 HouseOfPhlegethon
Show all reviews by HouseOfPhlegethon
Iris, is stronger than the citrus or neroli notes. Iris, has a way of dominating most things. Waves of heliotrope are here but, it is mostly iris.
Iris and cedar, cedar and iris, prevail. I love it either way! Gentle, crumbly powdery thing.
The base does not evolve much past the intensity of the iris - maybe a masquerade of receding cedar and some musk. Don't expect a heck of a lot more from this frag. Iris, is Queen here.
Way later, more woods.
I, enjoy this one - you, may not...

Kitty2Shoes
Show all reviews by Kitty2Shoes
Madame Butterfly by HdP is a citrusy floral, very light and brisk and what I imagine Guerlain's Aqua Allegorica line might be if there was more punch to it. A bit waxy in the beginning and bitter neroli, but eventually settles down to a light powdery and musky iris. Oddly I also get a bitter almond note too, but neroli is the big stand out. Despite such a pleasing profile, longevity is lacking and I had to reapply 1904 three times in just one afternoon and missed the dry down each and every time, whoosh it was gone.

I do wish HdP would have researched and utilized more native Japanese florals as the storyline of this opera takes place complete in Nagasaki. Perhaps incorporated the scents of traditional geisha makeup or emulate the smells of a traditional house.

Madama Butterfly was first performed at the La Scala Opera House in Milan in 1904. Puccini was inspired to write the opera after seeing the play in America, despite knowing very little English. Puccini was so moved by the play he felt the need to make it into an opera. Madama Butterfly went through several revisions after it was booed on the opening night. Puccini went about flushing out or minimizing certain characters and reworking bits and pieces. Puccini's goal was to ensure the opera was close to real life as possible and went about researching Japanese music to include visiting the wife of the Japanese Ambassador to Italy to hear her sing folk songs. She also provided him with Japanese sheet music for reference later on.

The opera opens up with Lieutenant Benjamin Pinkerton of the United States Navy inspecting a house he recently rented in Nagasaki, Japan.
Goro who procured the house for him, is also a marriage broker and has supplied Pinkerton with three servants and a geisha wife named Cio-Cio San, who is also known as Madama Butterfly. Cio-Cio San is thrilled about the marriage arrangement as Cio-Cio San is considered 'too old' at 15 to still be a geisha. Pinkerton is thrilled at the thought of a child bride and consumed with desire for her. She is willing to learn Christianity to marry Pinkerton and hoping the arrangement will bring her family out of debt. Pinkerton is happy too but admits to his friend, the US Counsel Sharpless, that he plans to eventually leave Cio-Cio San and marry an American woman - the Japanese marriage contract means Pinkerton can leave at the end of any month as the 'lease' for the house and the marriage can be cancelled at any time. The two wed, but Cio-Cio San's family depart and cut her off afterwards.

Act Two takes place three years later after Pinkerton sailed back to America. He departed without even saying goodbye to Cio-Cio San. Cio-Cio San remains steadfastly convince Pinkerton will return to her despite her ever increasing spiral into more poverty and further marriage offers. Although Pinkerton departing is akin to divorce in Japan, she holds steadfast to the American marriage instead. Sharpless comes by to tell Cio-Cio San that Pinkerton has announced his marriage to an American lady, but after learning about the son she has, he cannot tell her. Pinkerton's ship arrives in harbor, but he does not come to visit Cio-Cio San.

Act Three sees the next morning where Sharpless and Pinkerton arrive at the house with Pinkerton new wife, Kate, with them. Kate wants to raise their child. As Cio-Cio San feels she needs to be the obedient wife, she agrees to let Kate take the child if Pinkerton comes to see her. However before he can arrive she chooses to kill herself with a knife just as Pinkerton and Sharpless run into the room. Pinkerton sobs.

gimmegreen
Show all reviews by gimmegreen
Iris displays a cool kind of loving, taking your hand in her suede-gloved ones, talking low but kindly, maintaining a slight detachment and distance that makes you want to get closer. 1904 (not 1905, as stated here and elsewhere) Madame Butterfly possesses some of the refined longing of the opera, and has the creamiest, butteriest tone expressed by iris in a long time, somewhat nostalgic, caught in a reverie of yesteryear maybe, but oh so compelling. It is resolutely not powdery; its a soft, foamy, cream that would make anyone feel they have the grace of a swan.
All the other notes fall away  the sad heliotrope is a sympathetic touch, the woods are wayyyy back in the distance  this is the song of the iris.
Its a shame such a lovely, understated perfume has been so hobbled by the pretensions and ridiculous pricing of HdPs Opera project. Particularly when the magic only lasts for a few hours  the deep drydown is overwhelmed by clean musks.

Add your review of 1904 Madame Butterfly Members who own 1904 Madame Butterfly

No results found. Search for 1904 Madame Butterfly by Histoires de Parfums on the Basenotes forums.
Top