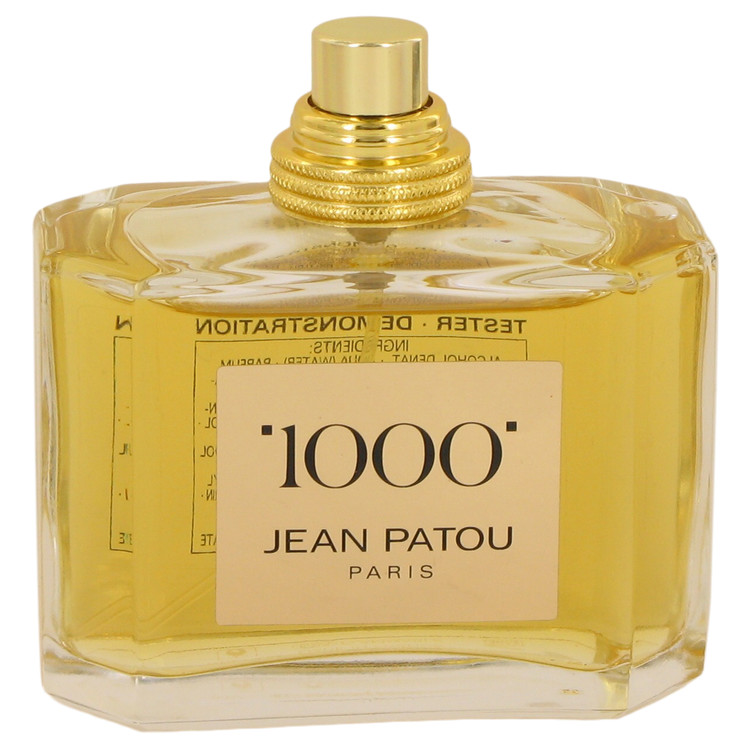 36 Positive (77%) 5 Neutral (11%) 6 Negative (13%)
P
pinklady
Show all reviews by pinklady
I remember liking 1000 many years ago, so ordered a sample of the current version to see whether I still did. Unfortunately, the sample has either "gone off", or the reformulated version is very unpleasant. There's still the beautiful opening notes of violet, angelica and other floral scents, but very quickly it changes to something quite different and really nasty. It smells - how can I put this? - like dog poo. Really. I have had this problem with other samples of different perfumes that I've ordered from The Perfumed Court, but this came from Surrender to Chance, so I thought it would be fine. But no. The sample may have been poorly stored, or exposed to temperature changes, or handled by someone, somewhere along the line, with poor hygiene - I don't know how it got this way. Or maybe, just maybe, some people like this sort of effect. But I couldn't wait to wash it off. I hesitate to order another sample, but if I manage to get near a tester in a department store I will give it another go, because it really was a great fragrance - back in the day.
#232077

Varanis Ridari
Show all reviews by Varanis Ridari
I often joke that Jean Kerleo is the "boss of oakmoss", which is why the bulk of his perfumes are discontinued (thank IFRA), and the ones which remain feel horribly dated to some, yet beautiful in an antique patina sort of way to others, as they all inexorably relied very heavily on the material in their bases for that dark bite he so loved. 1000 (1972) is no exception really, but unlike something such as one of his Patou or Lacoste masculines which dried down to almost nothing but oakmoss and maybe sandalwood after a long day's wear, 1000 stays impeccably filigreed, multifaceted to almost a fault, but also extremely focused in what it tries to present. In short: this is both a perfume with impossible levels of complexity and blending much like an old Guerlain, but also very thematic and with a clear singular recognizable accord just like a 21st century perfume. It is in this mixture of multiplicative and reductive perfume methods that give 1000 a timeless feeling, even if modern ingredients restrictions have pulled newer batches more into the reductive direction. 1000 is at its core a dark rose and jasmine perfume, at once relevant in 21st century niche perfume circles as a frequent target of unisex compositions, but formerly the realms of the feminine with few exceptions in the days of its inception. The format is of the aldehydic oakmoss chypre, a category that pretty much defined feminine-market perfume through most of the 20th century, reaching a fever pitch by the time of 1000's creation in 1972. There are many rose chypres in this crowded field, but none quite so well-executed as 1000.

Like many of its fore-bearers, 1000 opens with a sharp metallic aldehyde that quickly fizzles into bergamot, dry florals, angelica, and some green herbs like tarragon. Osmanthus plays a role sweetening the approach into rose with it's apricot-like roundness, but it doesn't take over the composition like most things that contain it, nor really sticks its ass out noticeably at all but is there, and the same can be said of the violet too. Bulgarian rose is next in line along with a slightly indolic jasmine, becoming the core focus of the scent which remains behind until its finish. This tandem has been done and done again, but here it is beautifully flanked with green elements from geranium and eucalyptus, being a more-refined upper-class peer to Clinique Aromatics Elixir (1971) without the galbanum of many other green rose "liberated woman's" beauties of this period. In essence, Patou 1000 was the 1970's spin on the inimitable resplendence of Chanel No. 5 (1921) or Patou's own Joy (1930), replacing some of the musky rounded plushness of those older formats with more tomboyish herbaceous bite. 1000 was definitely no bottle of Revlon Charlie (1972) however, as the maestro of oakmoss Jean Kerleo himself made sure that the base of this perfume was every bit as immaculate as the progression to it. Oakmoss in unrestrained amounts brings the dark and almost brooding bite the scent is known for, but civet and musk bring in an animalic sexiness that is smoothed out by mysore sandalwood and amber. Patchouli and vetiver reassert the green introduction from the top, but when not looking for these individual facets, the whole of the base blurs into an amorphous form of grace amongst decadence, like a consort operating from the Moulin Rouge itself during its heyday. It's easy to see why 1000 has become an all-time favorite in the vintage circles of most online communities, and an old friend to those who have worn it since its release.

There is simply nothing better than it in the field of green rose chypres, even if I am loathe to believe that it took Jean Kerleo 1000 tries over 10 years to make it since he had only been with Patou for 4 years before this hit shelves. Patou had always been a "cut above" house in the days before the popularity of prestige luxury brands like Creed or Serge Lutens, so prices can easily climb into the triple digits even for modern production bottles of 1000, but if you've already smelled things like Givenchy III (1970), Hermès Amazone (1974) or Estée Lauder Private Collection (1973), you can nearly set them all aside and just wear this going forward. Hell, even men not into trying perfumes marketed to the opposite sex will find something to love with 1000 if they are fans of things like Aramis 900 (1973) or Boss/Boss Number One by Hugo Boss (1985), since the DNA is there in spades. The youngest of noses raised on synthetic ambergris, fake woods, and fruity shampoo notes might be a bit baffled at all the fuss over what they may see as a staid style, but even to that crowd I say get your nose around some modern rose perfumes then come back to visit 1000 before passing a verdict. Modern batches do what they can with synthetic substitutes for restricted ingredients to preserve the masterwork that was the original vision Kerleo had for this perfume, and will do in a bind, but since prices vary wildly regardless of batch, seeking vintage with a bit of patience is the best bet for the optimum 1000 experience, at least while it is still reasonably possible. I don't often use superlatives, but this is a masterpiece. Thumbs up.

#215641
N
naqshbandi
Show all reviews by naqshbandi
I own a miniature bottle of the current EDP and it is one of the most gorgeous scents Ive smelt. It starts of with the beautiful top floral notes but after a few hours it envelopes me in this gorgeous aroma which is soft and mellow and glorious. I cant wait to try the parfum and the vintage version if the current is formulation is so gorgeous.
Possibly even more gorgeous than Joy!
#211990

HouseOfPhlegethon
Show all reviews by HouseOfPhlegethon
After decades of perfume exploration I am finally experiencing 1000. It is, how I imagined it would be - beautiful. I cannot report anything bad about this. It is refined. I am wearing vintage so, I know not what the modern concoction is "made of". It is a deep floral. Almost dark. Jasmine, muguet, rose, and geranium are very well blended here. I particularly enjoy the osmanthus here. This is a "must try" for everyone.
#201217

rogalal
Show all reviews by rogalal
I've been wearing the current EDP formulation, and it's absolutely glorious.

I enjoy a good aldehydic floral, and pretty much worship Joy, for reducing the genre to its absolute best components and shining a spotlight on the best possible ingredients. I like 1000 for putting all the ornamentation back on, gilding every lily, and just being so extravagantly "extra". The Joy structure is there (aldehydes mixed with jasmine and rose over creamy musky richness), but 1000 fills in every crack and amplifies everything - more aldehydes, more flowers, more funk, more creamy richness.

So what does it really smell like? It's got that fusion of indoles and plasticky aldehydes made famous by Joy, but with added carnation and clove and a mix of fruity herbs and coriander that smells like tea. It really amps up the musk - there's an upfront civet that frightened me for years, but now I'm utterly impressed by the way 1000 mixes its over-the-top poop with woods and chypre elements while that flowery tea smell lends light to the richness of the base.

purecaramel
Show all reviews by purecaramel
85 Vintage
This is a perfume of real beauty. A big puff of Civet to warm the nostrils. A slap of something of heat maybe Eucalyptus and the Geranium. A burst of Florals, Rose and Jasmine,Galbanum somehow seem etched and measured with unusual precision. While this bouquet is dancing, notice the puff of Sandol, not predominent, however it is clearly High Quality. A whisper of Violet delights my senses. Orris folds into the package, never obtrusive, just there. You'll feel a nod to present day CDR leather in the drydown. Very much about the Blending and Paint Strokes which are to be seen in Pour Homme and Pour Homme Prive.
Isn't Oakmoss wonderful, particularly when used by a master. Beautiful how it scents luxurious to the end and then some.
Probably a little ornate for daily wear, however, like the Masculines this needs to be considered.
I am a guy, I'd wear it, because it is so very, perfectly presented. Other perfumes launched in 1972 Ritz
Charles of the Ritz Search for 1000 by Jean Patou on the Basenotes forums.
Top